A woman who promised to attend gay people’s weddings if their mothers wouldn’t is getting a film made about her.

Sara Cunningham got national attention last summer when she posted on Facebook that she would attend weddings as a stand-in since so many LGBTQ people have been rejected by their parents.

Jamie Lee Curtis has purchased the film rights to Cunningham’s 2014 memoir, How We Sleep at Night, about her relationship with her gay son.

“I was moved by her journey,” Curtis told the Washington Post. “And I continue to be thrilled as her movement is catching on.”

“I hope to do justice to her story and the story of so many marginalized people in the LGBTQ community.”

“I saw the impact that her movement has already had, in and around Oklahoma City,” she continued. “It’s exciting to watch something that was born out of such conflict develop into something of such deep compassion and expansive acceptance.” 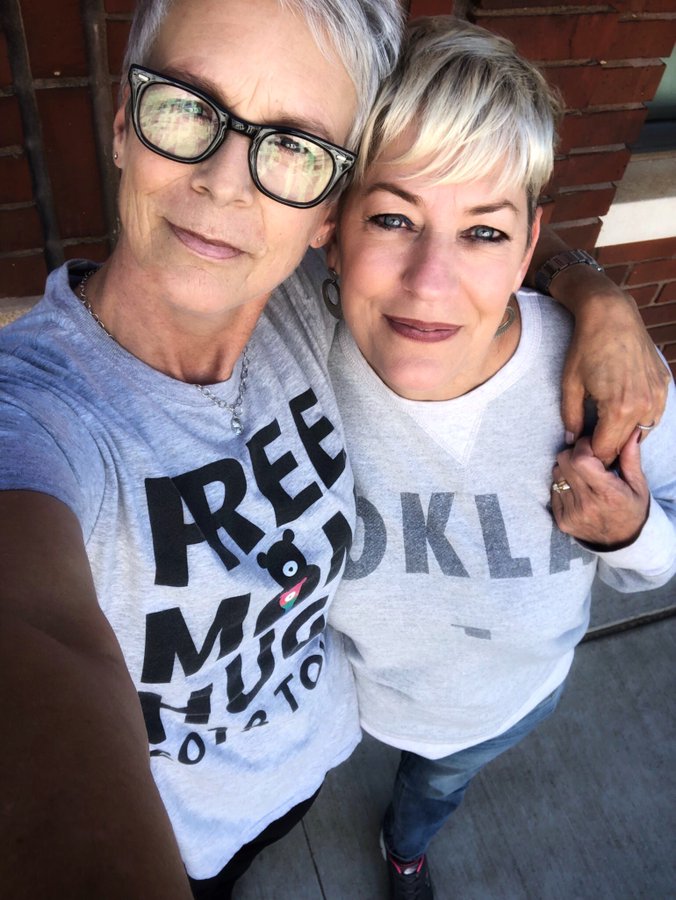 In her book, Cunningham wrote about her own process in accepting her gay son when he came out in 2011.

“I thought it might just be a phase,” she said. “And then when he turned 21, he ‘came out’ to me and said that he’d met someone and needed me to be okay with it.”

She wrote that she became depressed and wasn’t exactly the perfect PFLAG mom for her son when he initially came out.

“I prayed, I fasted, I burned incense and shamed my son into burning his journals,” she wrote.

“We were fighting a spiritual battle inside the walls of a non-affirming church,” her son Parker said. “My mother and I were both struggling with what we thought was a literal ‘life or death’ situation when it came to my soul and how I’d spend eternity.”

Things started to turn around when she went to pride with her son in 2014.

“It was my first encounter with the LGBTQ community, and it was as beautiful as it could be,” Cunningham said. “I realized that I’d been alienated for years by own ignorance and fear.”

The next year, she went back and offered “Free Mom Hugs.”

“Whenever I made eye contact with anybody, I’d offer to give them a hug or a high five,” she said. “I went home covered with glitter.”

Since she made her offer last year, she said that a few people have actually asked her to stand-in for their moms at their weddings. She went to her first wedding as a stand-in last year, and she has three more booked already.

The Evolution of Joaquin Phoenix

The Land Of Make-Believe

Capitalism – Think Outside The Box

The Land Of Make-Believe